Scaling and root planning is frequently referred to as ‘deep cleaning’. Deep cleaning is the treatment
of choice for an infectious disease called periodontal disease.

What Is Periodontal Disease?

Periodontal disease mainly starts with the formation of plaque around the teeth. Plaque is the yellow film on your teeth caused by food and bacteria in your mouth. When plaque build-up mixes with the saliva, it hardens over time and turns into tarter. Tarter containing bacteria will irritate the gums around the teeth by attaching to the outer surface of the teeth and roots and releases poisonous toxins. These toxins cause an infection and an inflammation of the gums. Worse, if left untreated they can ultimately cause bone loss and eventually tooth loss. Keep in mind the lost bone will never grow back.

One way to diagnose periodontal disease is by taking dental x-rays. X-ray images assist in making the tarter build up under the gums more visible. X-rays also show the current condition of the bone.

The second method of diagnosis is a clinical examination in which your hygienist can visually check the amount of plaque and tarter build up as well as the color and shape of the gums as indicators for gum disease.

The third and last method of diagnosis is by measuring the pockets that form between the gums and teeth. Destructive bacteria contained in plaque and tarter cause the formation of these pockets. Any pocket that measures greater than 3mm is probably an indication of periodontal disease.

Deep cleaning, or scaling and root planing is normally performed by your dentist or dental hygienist in a couple of visits. The exact number of visits however depends on your dentist and the amount of tarter build up. Often your dentist will choose to administer local anesthetic to make the procedure virtually painless. The goal of the procedure is to eliminate the infection by removing the bacteria containing plaque and tarter that has attached to your teeth and their roots under the gum.

The deep cleaning is either done manually or with an ultra-sonic instrument called a cavitron, or sometimes a combination of the two. Both techniques loosen and remove plaque and tarter build up.

In addition, antibacterial irrigants or local antibiotics such as Arestin may be used in conjunction with the cleaning procedure to further reduce the number of bacteria around the gums. 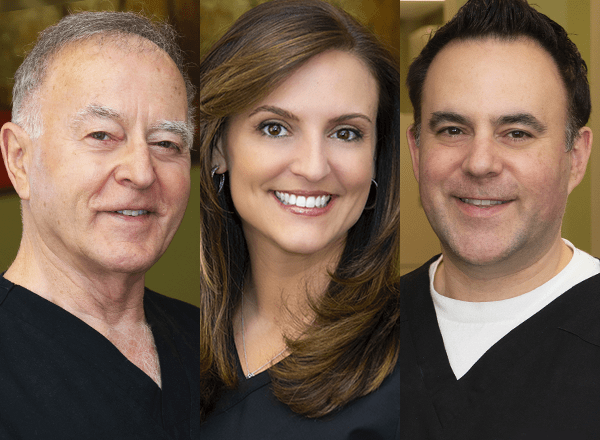 We are dedicated to providing the highest level of service and quality to our patient community by cultivating strong relationships, communicating thoughtful treatment solutions, and providing an enjoyable atmosphere, we can empower our patients to take ownership of their oral health.

We are committed to researching and offering state-of-the-art dental solutions in order to deliver the most advanced treatment options to our patients.